The Guigal name is synonymous with the Northern Rhône, and with Côte-Rôtie in particular. But father and son Marcel and Philippe Guigal have always had an eye on the Southern Rhône, and after a 20-year search, the Guigals purchased Domaine de Nalys in 2017. The renamed 131-acre estate, whose history dates to the 17th century, features three large blocks of vines neighboring Châteauneuf-du-Pape’s Château Rayas, Château de Vaudieu and Domaine de la Charbonnière. The 2018 vintage is the first under the control of the Guigal family, and Philippe has made some changes. Among them is harvesting by vine age rather than strictly by parcel, using smaller vats to accommodate smaller vinification lots, and extending the élevage to upwards of 20 months. The 2018 is a blend of Grenache, Syrah, Mourvèdre, Counoise and Muscardin. 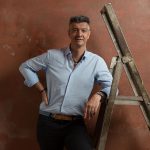 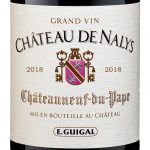 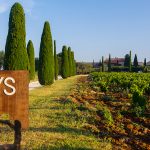 A bright savory note leads off this red, followed quickly by sanguine and bay leaf accents, all melding nicely with the core of steeped blackberry, raspberry and plum fruit flavors as they move through the rich, licorice root–tinged finish. Best from 2022 through 2035.—James Molesworth

Like their neighbors farther north, producers in France's Southern Rhône Valley delivered an outstanding group of wines with their 2018s. Despite some challenges, the region's Grenache-based reds offer velvety, low-acid profiles, with ripe and stylish fruit. WineSpectator.com members: Learn which wines to buy out of more than 550 reviewed for Wine Spectator's annual Rhône tasting report, including acclaimed Châteauneuf-du-Papes.

Welcome to the Neighborhood: Philippe Guigal Gets His Dream

When senior editor James Molesworth visited the Southern Rhône in 2018 to taste the 2016 vintage, he got to check out the Guigal family's recent purchase: an estate in Châteauneuf-du-Pape. It didn't take long before their improvements paid off—with a wine in the Top 10 of 2021. Learn more about the changes at the historic property.