Owned by the Cuvelier family since 1920, Léoville Poyferré shares a building with its perhaps better-known cousin Léoville Las Cases, though the two estates are markedly different. Poyferré’s vineyard lies across the road, with its 148 acres of vines situated on more clay-based soils that result in a broad, fleshy wine. Sara Cuvelier is the current generation to head the estate, taking over from her cousin Didier during the 2018 vintage. Winemaker Isabelle Davin and consultant Michel Rolland crafted Poyferré’s modern-style grand vin from a blend of Cabernet Sauvignon, Merlot, Cabernet Franc and Petit Verdot, all aged in 80 percent new oak. 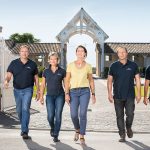 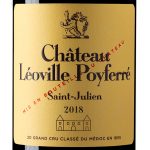 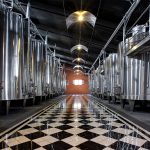 Waves of warmed cassis, mocha and warm tar aromas lead the way, while the core of macerated plum, blackberry and blueberry fruit waits its turn, showing admirable breadth and depth when it arrives, with roasted apple wood, bramble and cast iron buried deeply through the finish. This is a powerfully rendered wine with a cashmere scarf as accent. Cabernet Sauvignon, Merlot, Cabernet Franc and Petit Verdot. Best from 2024 through 2040.—James Molesworth

Bordeaux overcame an erratic growing season in 2018 to deliver an excellent crop of wines, particularly on the Left Bank. Its Cabernet Sauvignon flourished in the warm and dry summer, and the best reds offer expressive fruit with powerful but integrated tannins. It's a vintage worth stocking up on. WineSpectator.com members: Explore these reds among the nearly 550 wines reviewed for Wine Spectator's annual Bordeaux tasting report.

Wine 101 Video: The ABCs of Bordeaux

Bordeaux is one of France's premier wine regions, producing some of the world's most prestigious bottles. But Bordeaux doesn't have to be complicated or expensive. Senior editor James Molesworth and associate editor Julie Harans break down the grapes, geography, wine styles and the 1855 Classification.