When it comes to Napa Valley, Cabernet Sauvignon is king. But entering the Cabernet Sauvignon kingdom comes at a price, typically a lofty one. Most top bottlings cost $200, $300, $500 or more; additionally, most are single-vineyard wines or select cuvées that total just a few hundred cases each, making them as difficult to find as they are to afford.

Our Wine of the Year provides an emphatic answer to the Napa Cabernet value question, punching above its weight while costing well below the triple-digit entry point for top-flight Napa Cabernet Sauvignon. And it comes from Schrader Cellars, one of those wineries whose top bottlings check in at $475 and whose winemaker, Thomas Rivers Brown, is acknowledged as one of the valley’s best.

In Bordeaux, many elite châteaus make what is referred to as a “second wine.” Though it’s not the property’s flagship bottling, it usually comes from the same vineyard and is made with the same expertise as the chateau’s grand vin. The end result is a wine that mirrors the grand vin in style and terroir, but is more accessible when young and comes at a more modest price point.

The Schrader Cellars Double Diamond bottling follows the Bordeaux tradition of a second wine. It started in 2001 when the Schrader family found themselves needing a house wine for entertaining large parties or to pour in other settings where there wouldn’t be enough of their small-production cuvées to go around. After the brand was purchased in 2016 by Constellation, this Cabernet became an opportunity to include additional fruit from Constellation’s considerable arsenal of vineyards. With the 2018, production grew to 9,000 cases; for the current-release 2019, 10,000 cases were produced.

Most notable, though, is that in the case of Double Diamond, the vineyard source is To Kalon. Located on the western flank of Oakville, To Kalon is arguably Napa Valley’s most famous vineyard—the filet mignon of Cabernet Sauvignon production. To Kalon’s deep and well-drained loam and gravel soils are ideal for growing the variety, and it has been the source for some of Napa’s longest-lived wines since the 1960s. A To Kalon wine is marked by a telltale profile of broad and loamy structure carrying a deep well of warmed cassis and plum sauce flavors, while notes of savory sweet bay leaf and menthol creep in steadily throughout.

So how does Brown, while sourcing fruit from such a famous vineyard, produce a Cab at this price? It’s that second wine thing borrowed from Bordeaux. Most of the vineyard blocks Brown uses are young-vine parcels from recent replants. They don’t make the cut for the Schrader vineyard-designated wines; as young vines, they tend to produce a more precocious and fruit-forward profile, while leaning to the redder side of the flavor spectrum as well.

Vinification is the same as with the flagship wines, though the barrel regimen employs just 50 percent new oak. That young-vine fruit profile and the light-handed élevage combine to produce a wine that is more accessible out of the gate. There’s no rush though—this is a wine that will drink just fine for a decade.

With the pedigree of a great vineyard under the hand of a great winemaker, a second wine should never be overlooked. For its compelling combination of quality and price in a category that is awash in expense-account bottlings, the Schrader Cellars Cabernet Sauvignon Oakville Double Diamond 2019 is our Wine of the Year for 2022. 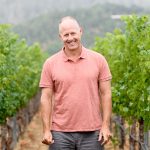 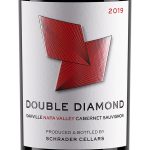 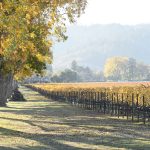 Packs in generous steeped plum, boysenberry and mulberry flavors backed by a broad swath of roasted alder and bittersweet cocoa. Brimming with dense fruit, and is squarely in the not-shy style. The long finish has a serious loamy tug, too. Best from 2023 through 2035.—James Molesworth

Over two decades, the self-taught winemaker has made an indelible impact on California wine, working for dozens of clients, including Schrader. Explore his career and wines!

A Look at To Kalon Cabernet with Schrader Cellars

In this video from the 2018 Wine Experience, Napa Cabernet all-stars Fred Schrader and Thomas Rivers Brown present six wines from Beckstoffer To Kalon Vineyard and reflect on the winery's early days. Watch now!

Every list from 2021 back to the 1988 debut. New grapes, regions and styles have appeared, but the classics are still going strong. See the changing trends.