The village of Pinhão in Portugal’s Douro River Valley is a quiet backwater in a stunning setting. From the river’s shores rise some of Portugal’s most magnificent vineyards, climbing the steep slopes in a series of rocky terraces. They are filled with a wealth of native Portuguese grapes that thrive here, in the Cima Corgo.

This is the homeland of Port, the fortified dessert wine that for centuries has ranked as one of the world’s greatest reds—its sweet, rich flavors mellowing with time. But Port’s popularity has been muted in recent years, a dusty tradition at the end of a meal.

Then, with the 2011 vintage, Douro vintners hit the jackpot. An ideal growing season resulted in a host of powerfully fruity yet fresh and balanced wines. The past two decades have seen the rise of Douro table wines, and they are remarkable in 2011 as well. But Port, which had taken the unaccustomed role of second fiddle, has come roaring back.

In 2011, Port surged to remarkable heights of quality, with some vintners declaring it the best vintage in 50 years. Twenty-five 2011 Vintage Ports scored 95 points or higher on Wine Spectator’s 100-point scale.

The vintage’s highest-scoring Port is the Dow’s. It stands as a monument to quality and the Douro’s modernization. Not overly sweet, the 2011 Dow’s delivers an abundance of grip, the interplay of alcohol and tannins prerequisite to long life.

The wine hails from the Symington family, which has made Port since 1882 and is the Douro’s biggest landowner, with about 2,400 acres spread over 26 quintas. Among their most-prized of those vineyard estates are Quinta do Bomfim, on the outskirts of Pinhão, and Quinta da Senhora da Ribeira, farther upriver toward the Spanish border.

While Charles Symington oversees the vineyards and the cellars, five Symington men had a say in the 2011’s composition. The six best of 44 fermentation lots were chosen for the final blend. Maceration and fermentation began in shallow, open granite basins (lagares), with machines mimicking traditional foot-trodding. The juice was drained off to stainless-steel tanks to ferment for two to three days. Neutral grape spirit was added to halt fermentation and preserve fruitiness, resulting in an alcohol level of about 20 percent. The wine aged 18 months in large oak casks before final blending and bottling. The U.S. received 2,000 of the 5,000 cases made.

This profile, enjoyable younger than is the norm, truly represents the modern style of Port. Wait at least until 2020 to crack open the 2011, though it will live much, much longer. As the fruit, sweetness, tannins and alcohols evolve, they will reach their climax in the sublime hedonism of a mature Vintage Port.

For its combination of power, quality and fair price, and for being the best of the best of an amazing vintage, the 2011 Dow’s Vintage Port is Wine Spectator’s 2014 Wine of the Year. —Kim Marcus 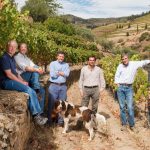 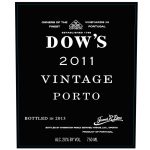 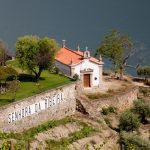 Powerful, refined and luscious, with a surplus of dark plum, kirsch and cassis flavors that are unctuous and long. Shows plenty of grip, presenting a long, full finish, filled with Asian spice and raspberry tart accents. Rich and chocolaty. One for the ages. Best from 2030 through 2060. –Kim Marcus

See more wines made by Dow's

If this vintage Port wows you, you may want to try other styles of Port, including those that don’t require as much time in the cellar. Plus, the same estates behind this great fortified wine produce an outstanding dry red. We’ve reviewed 73 wines from Dow’s. See recent ratings.

Our Recipe Search features more than 900 wine-friendly dishes, with nearly 40 recipes that pair well with sweet fortified wines. Try this wine, or others like it, with Cheeses with Mostarda, Marmalada and Chutney.

Vintage Port for the Ages

Mother Nature looked glowingly on Port vintners in 2011, providing almost ideal growing conditions that have delivered stunning quality in the bottle. Fresh, powerful and explosively fruity, the 2011 Vintage Ports are likely to stand as a benchmark of quality in the decades ahead. Wine Spectator‘s Kim Marcus explains.